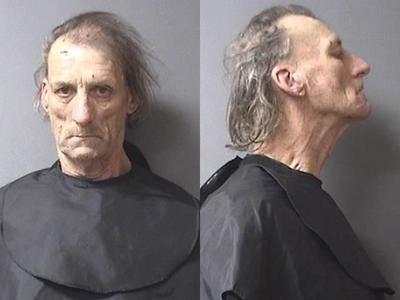 ANDERSON — A Muncie man accused of vandalizing an Anderson home and stealing the thousands of dollars in property allegedly told law enforcement he did it to teach the homeowner a lesson.

Investigators accused Rogers of entering the house in the 2300 block of County Road 360 North and destroying a “substantial amount of the interior” of the home during a three-hour period before leaving the residence with shotguns, tools and a tool box.

In an affidavit of probable cause from the Madison County Sheriff’s Department, the homeowners were unable to identify Rogers in a surveillance video until multiple tips on his identity were provided by the public.

When law enforcement located Rogers, he allegedly made admissions to a deputy and offered to show him where he threw stolen items into a creek, according to the affidavit. An extension cord was hanging from the side of the bridge, a set of pliers and electrical tape were found on the decking of the bridge and an orange air hose was found below the bridge in the water.

Rogers told the deputy he threw an air compressor, tool boxes and the clothing he wore during the burglary over the bridge and into the water after he left the residence, according to the affidavit. He also allegedly admitted to taking a pressure washer, two shotguns and two log chains.

According to the affidavit, Rogers said he used to do work for the owner on rental properties and felt he was underpaid for multiple jobs. He was also upset about a deal involving a bucket truck the homeowner had repossessed, even though Rogers felt he had done enough work to pay for the truck.

Rogers said he drove by the homeowner’s property and observed new additions to the home and a new pool cover and “felt the money used for those improvements could have been used to pay him for work he had done a year and a half to two years ago,” according to the affidavit.

He allegedly told the sheriff’s deputy he decided to cause a lot of damage to the residence to teach the homeowner a “lesson,” according to the affidavit. Rogers said he thought the homeowner would realize who caused the damage and then call him to apologize for not paying him sufficiently.