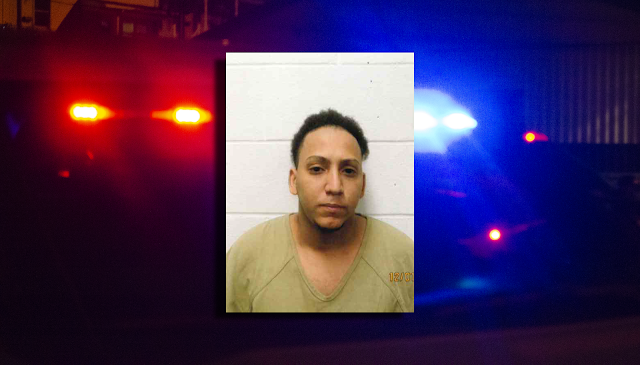 A Mahanoy City man is locked up in Schuylkill County Prison after he fled in a vehicle during repossession then wrecked it near Girardville.

According to Mahanoy City Police, around 2:50am, they were dispatched to the area of Centre Street and Catawissa Street for a report of a disturbance.

Police say Capital Towing and Recovery was attempting to repossess a Kia Niro that was parked, but when they looked inside, a male, identified as Cesar Valenzuela Rojas, 25, of Mahanoy City, was sleeping inside.

The towing company woke the man up who was initially cooperative but then he took the car keys and started the engine.  With the tow truck parked behind the vehicle, one of the tow employees stood in front of the vehicle so Valenzuela Rojas couldn’t flee.

Valenzuela Rojas hit the gas almost striking the employee and drove up onto the sidewalk and fled westward out of the borough.

Police arrived after Valenzuela Rojas fled and while investigating learned that the vehicle that fled had just been involved in a crash in Butler Township just east of Girardville.

Valenzuela Rojas was taken into custody at the scene of the crash, charged with aggravated assault and recklessly endangering another person.

He was arraigned by on-call Magisterial District Judge Edward Tarantelli and locked up in Schuylkill County Prison on $25,000(10%) cash bail.