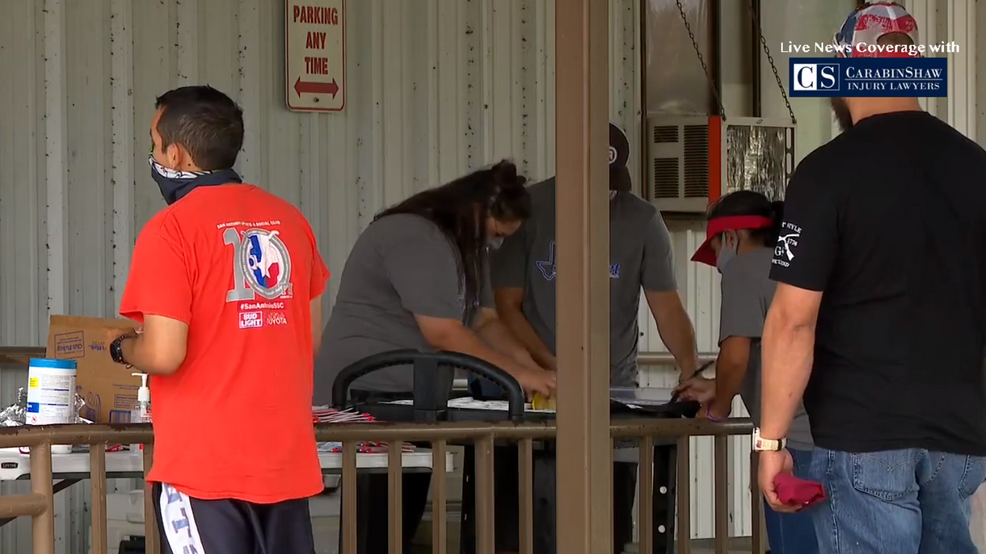 SAN ANTONIO- The family of a beloved San Antonio man says he was murdered for simply doing his job trying to repossess some tires has raised money to help lay him to rest.

In Southwest Bexar County at Sunday’s fundraiser in Somerset they gave out jumbo turkey legs and potato salad.

A drive-thru plate sale was for the funeral of 27-year-old Drew Gomez, a husband, father and valued co-worker at Rolling Rentals.

Gomez was shot to death last Saturday at a home in East Bexar County.

Deputies arrested 26-year-old Richard Vallejo on a charge of murder.