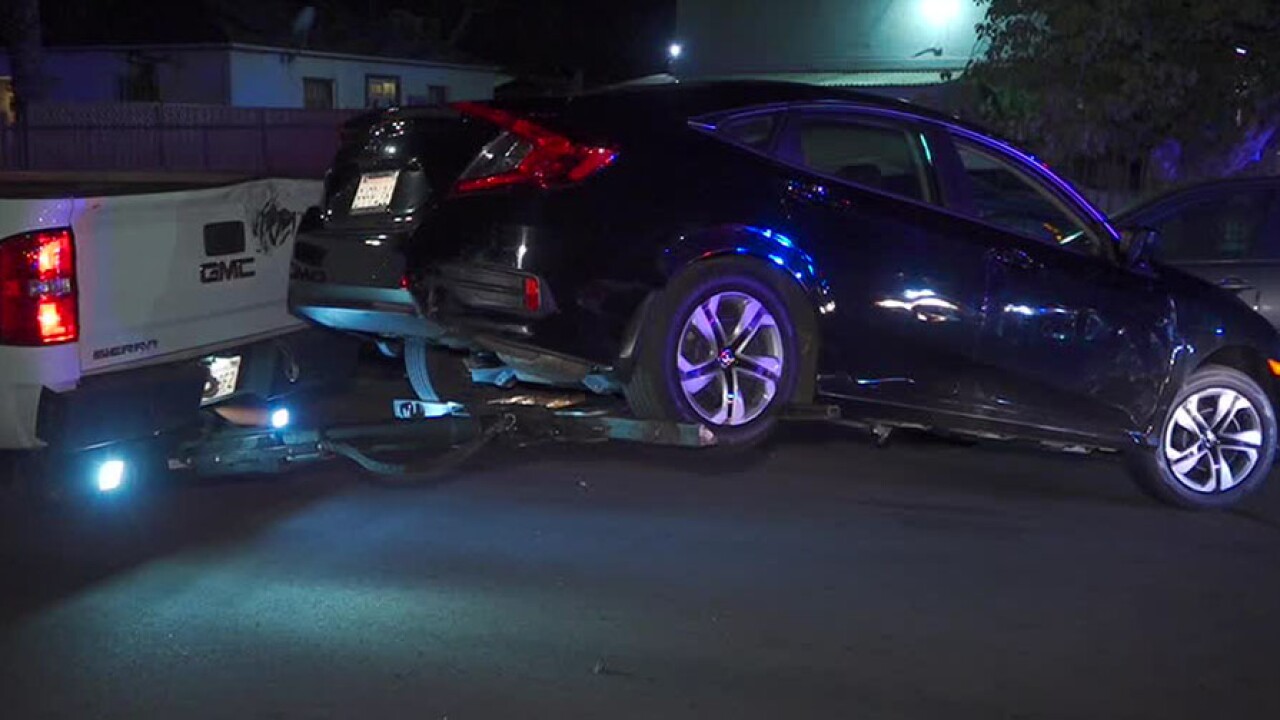 SAN DIEGO (KGTV) – A man tried unsuccessfully to drive his car away while it was being repossessed, leading to damage on the tow truck, San Diego police said.

At around 2 a.m. Thursday, police were called to the 4300 block of Altadena Avenue in the Colina Del Sola area after an incident during a vehicle repossession.

A tow truck arrived to take a car away, and after the tow truck operator hooked the car up, the car’s owner jumped into his vehicle and tried take it back.

With the car still attached to the tow truck, the owner attempted to drive away but only managed to get the front wheels to spin. The car moved back and forth, causing damage to the back of the tow truck.

The tow truck driver called police, and responding officers detained the car’s owner but did not arrest him.

10News learned the tow truck company may sue the man for the damage caused to the truck.