GPS reception may be unavailable or unreliable over a large portion of the southeastern states and the Caribbean during offshore military exercises scheduled between January 16 and 24.

The FAA has posted a flight advisory for the exercises that will require jamming of GPS signals for periods of several hours each day of the event. Navigation guidance, ADS-B, and other services associated with GPS could be affected for up to 400 nautical miles at Flight Level 400, down to a radius of 180 nm at 50 feet above the ground.

Navigation systems in ground vehicles, including license plate recognition (LPR) systems, could possibly be rendered useless at certain altitudes across the Southeastern United States during the time and dates listed below. 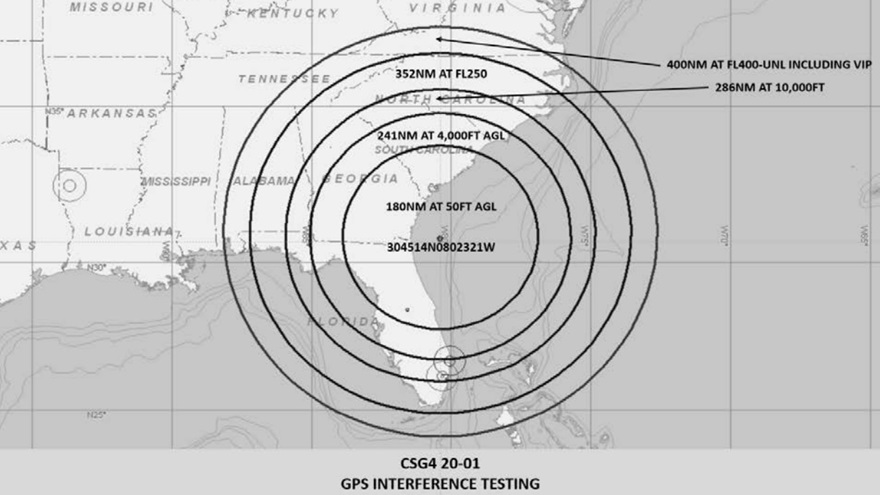