Kensett, Arkansas – A 26-year-old Kensett man accused of shooting his father in December, grazing him on the left side of his head while he was in bed, officially has been charged with attempted murder and is also facing charges in another violent crime committed Jan. 1.

Warrants were issued for Garrett Douglas Statler earlier this month at the request of the 17th Judicial District Prosecuting Attorney’s Office on the charges of criminal attempt to commit murder in the first degree, a class A felony; two counts of possession of firearms by certain persons, a class B felony; and two counts of aggravated assault, a class D felony. He also was charged as a habitual offender.

Statler remained in custody at the White County Detention Center on Monday afternoon after being arrested Jan. 2. He is set for plea and arraignment in White County Circuit Court on March 2 at 9 a.m. 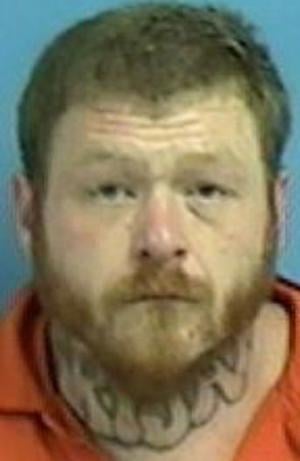 According to an affidavit written by Kensett Police Department Detective Mary Rudesill, Kensett police responded to 301 SE 3rd St. on Dec. 23 in reference to a shooting. There, they made contact with the alleged victim, identified as Statler’s father, who reportedly told them that Statler had just shot him. Statler’s father reportedly was in bed sleeping at the time of the incident.

In addition to grazing Statler’s father, the bullet reportedly struck a mirror above the bed. Rudesill wrote that the .380 round was recovered from a pillow case below that mirror.

Statler reportedly called his father while the officers were gathering information. The phone was handed to Officer Jimmy Edge and, according to the affidavit, he and Statler’s heard Statler say, “I didn’t shoot you; the bullet only grazed you.”

The alleged victim reportedly said he and his son got into a “verbal altercation” over stolen firearms and Statler began sending “threatening text messages” to his father, who reportedly said he did not receive the messages until after he was shot because he was asleep.

The messages provided to police reportedly showed Statler was on his way to his father’s house and told him “hope ur ready.” It was noted in the affidavit that a little bit after the last message was sent, Statler allegedly entered his father’s residence “without permission.”

According to the affidavit, Garrett was a convicted felon on supervised parole at the time of the shooting. In March 2012, he was convicted of a felony burglary charge in Johnson County, Mo. While he was serving probation for that burglary in 2014m he was convicted in a federal court of felony conspiracy to distribute methamphetamine. He was sentenced to five years in federal prison for the drug-related charge, followed by five years of supervised release.

In addition to the shooting in December, the aggravated assault charges stemmed from a Jan. 1 vehicle repossession.

According to an affidavit written by Detective Tim Smith of the Searcy Police Department, Searcy police were dispatched to the 100 block of Covington Road for a call of criminal mischief. Officer John Stone made contact with a man who stated that another man had agreed to help him with a vehicle repossession. The other man had with him a passenger, identified as Statler on Jan. 5.

Statler reportedly got out of the vehicle at the residence and started pointing a gun at residents. A resident reportedly said that Statler pulled a gun from his waistband and pointed it at his juvenile son and himself and allegedly said he was “going to get the car regardless.” Statler reportedly fled prior to the officer’s arrival. The resident identified Statler from a lineup of eight photos at the Searcy Police Department.