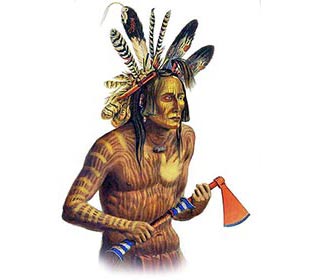 Police say a Union man displayed a tomahawk in a threatening manner while trying to prevent his car from being repossessed.

Daniel J. Jones, 31, was charged Oct. 29 in Franklin County Associate Circuit Court with one count of unlawful use of a weapon, exhibiting. The charge is a Class E felony.

The charge stems from a May 6 incident when a man arrived at Jones’ residence to repossess his vehicle. The man told police Jones exited the house yelling, according to a probable cause statement filed by Union police with the Franklin County Prosecuting Attorney’s Office.

The man said Jones was yelling and swinging a hatchet or tomahawk. He alleged Jones took a swing at his property.

According to police, the victim stated Jones told him he was not going to let him take his car. The man told police he was scared for his life.

Jones told police he saw the man repossessing his car and went outside to try and stop it from happening. He said he got the hatchet out from under the passenger seat of the car.

Jones stated he only was trying to cut the straps to free his car and never intended to hurt the man.